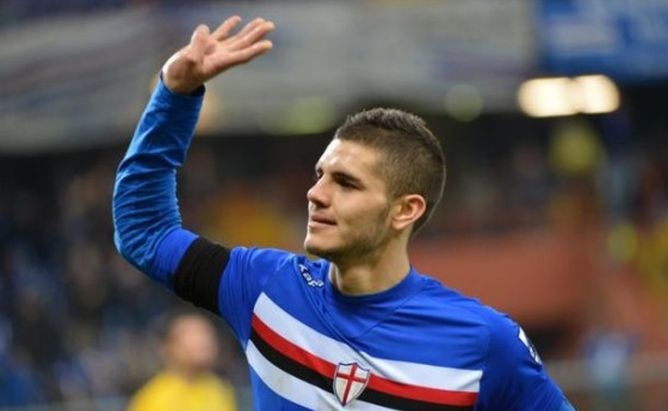 One of the most talented attacker in Serie A and former member of Sampdoria, Mauro Icardi, next season will wear jersey Inter Milan


This news is confirmed on the official site of the triple European champion, and already are Inter and Sampdoria reached the agreement on his arrival at the Meazza.

"It will not be easy to take the jersey with number nine in the club like Inter. But I'm not scared. Mazzari told me that I would be an important player in the team and I hope that it will not disappoint," said Icardi and added:

"I want to score as many goals to help Inter to win the Scudetto again," words are Icardi. Argentina's last season on the 31 match scoring 10 goals.
at 1:09 AM
Email ThisBlogThis!Share to TwitterShare to FacebookShare to Pinterest
Labels: Icardi, Inter, Serie A, Transfers