Liverpool: The club is not for sale!

Liverpool: The club is not for sale! 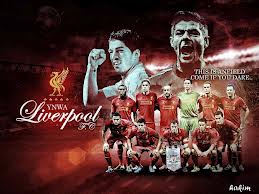 Shortly after the British tabloid The Sun published the public with the story that the English football club Liverpool for sale, a spokesman for the American company that owns all denied


Sports company Fenway Sports Group, led by owner John W Henry, took over the management of the club from Anfield 2010th year. However, all the millions of investment did not pay off, and Liverpool this season do not play even in Europe.

The Sun is out in public with the story that the club was unofficially put up for sale for 350 million pounds, and that there are even interested parties for purchase. But all was soon negated:

at 5:22 AM
Email ThisBlogThis!Share to TwitterShare to FacebookShare to Pinterest
Labels: Premiere League