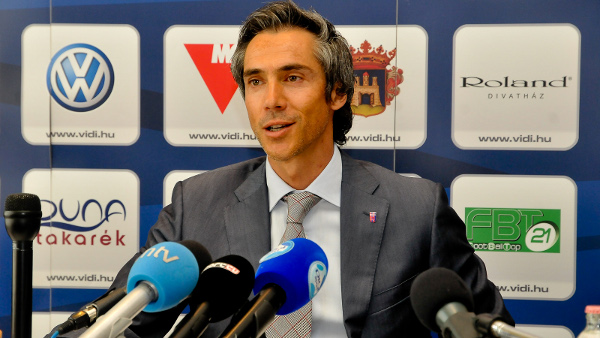 
Sousa has signed a two-year contract with Maccabi, with which this season will try to be marketed in the group stage of the competition in the Champions League, the second time in the club's history. He is on the bench Maccabi replaced Oscar Garcia, who left the club for private reasons. Sousa in his career played for Benfica, Borussia Dortmund, Inter, Juventus, Panathinaikos and Espanhol in which he in 2002. he finished his career. For the national team of Portugal played 51 matches. As a trainer led the selection of Portugal to 16 years, Queens Park Rangers, Swonsea, Lester and Videoton. He is out of work since January, since he left the Hungarian club.
at 12:06 AM
Email ThisBlogThis!Share to TwitterShare to FacebookShare to Pinterest
Labels: Europe News, Transfers