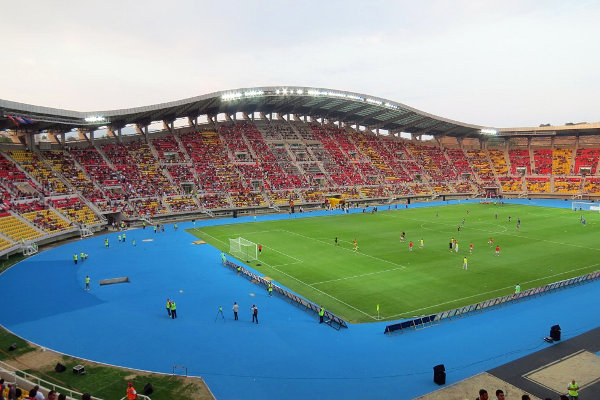 Turkish media were transmitted information that the beginning of August, Skopje can be hosted Super Cup in match to be played by two of the largest clubs of Turkey, Fenerbahce and Galatasaray


Trend that the Super Cup football matches of Super Cup one country played in another country, it could even affect Turkey. In August will be in a match for the Super Cup trophy fight Fenerbahce and Galatasaray and this duel could be played in Skopje.

From Macedonia is on the address FF Turkey reached such an offer and there is an option that Switzerland offers household.

Leaders of the Football Federation of Turkey, told the press in this country that Skopje was an ideal host because it is not too far from Istanbul and the region has a lot of fans the two clubs.

Should leaders Fener and Galata agreed with this proposal, the two clubs would played 11th August at the "Philip II" in Skopje.
at 1:35 PM
Email ThisBlogThis!Share to TwitterShare to FacebookShare to Pinterest
Labels: Europe News