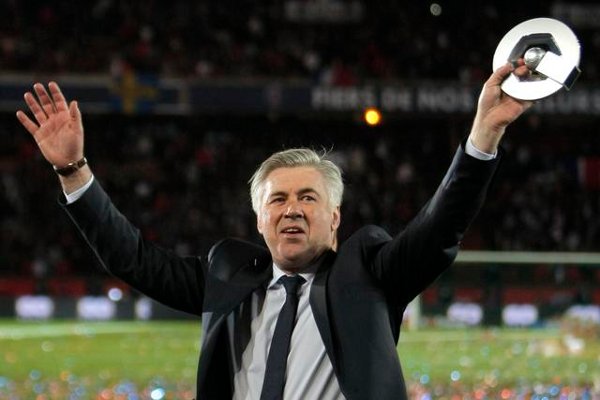 It was confirmed from Real Madrid, the next three years on the bench royal club will sit Carlo Ancelotti!


Carlo Ancelotti, the experienced Italian expert is the new coach of Real Madrid, it was confirmed today on the official club website.

He will be on the bench of the royal team Jose Murinho who went to Chelsea, while in Spain comes after a season in which the Paris St Germain brought the first title in France in the last 19 years.

Ancelotti has agreed to offer Madrid's team, in the next three years sitting on the bench of the stadium "Santiago Bernabeu.

As it was announced, the official promotion of Karla Ancelotti press conference will be held tomorrow, 26 June, starting at 13 pm.
at 4:18 AM
Email ThisBlogThis!Share to TwitterShare to FacebookShare to Pinterest
Labels: Premiere, Transfers