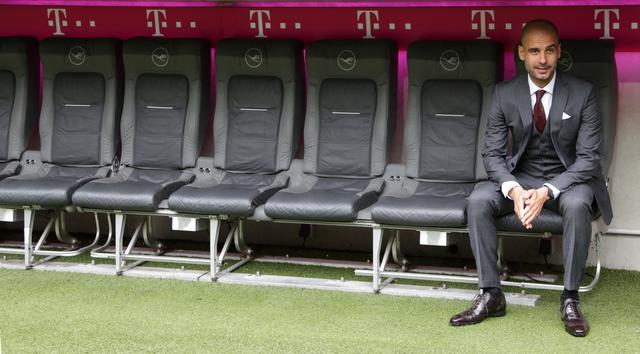 Around 25,000 people attended the training football players of Bayern Munich, which is the first time since joining the club led the Spanish coach Pep Gvardiola


Gvardiola decided on Wednesday and Thursday open training for the fans, and both are being held on the ground an "Alliance Arena" stadium, which has a capacity of 69,000 seats. The former Barcelona coach had available to most players, and due to representative commitments there were no Brazilians Dante and Luiz Gustavo, and Spaniard Javi Martines, located at the Confederations Cup.

From the first Gvardiolas training there were no Mario Gotze because muscle injuries, Holger Badstuber, who has problems with the knee and Bastian Shvainstiger who trains individually after foot surgery. Gvardiolas is on the place coach replaced Jupa Hajnkesa, who last season with the German team won the Champions League, Bundesliga and the National Cup.
at 7:46 AM
Email ThisBlogThis!Share to TwitterShare to FacebookShare to Pinterest
Labels: Bundesliga