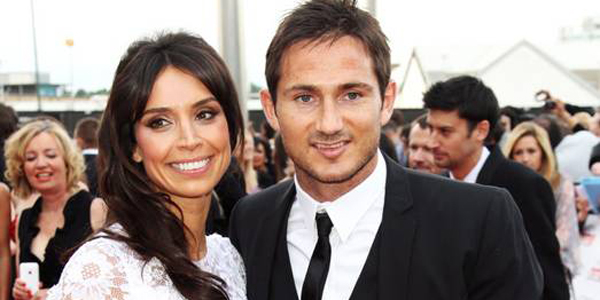 Frank Lampard (34) solved the "key" obstacle to going into LA Galaxy. The Daily Mail writes that his fiancee Christine Bleakley, or TV presenter, agreed to travel with him to America.


Lampard contract with Chelsea expires at the end of the season, and trip to the MLS is a ready option if he really leave Stamford Bridge this summer.

Lampard's transfer to LA Galaxy is very probable option, given that the current general refuses to discuss extension the contract with Chelsea.

The same source says that in February, was discussion on the subject Lampards staying at Stamford Bridge, but there was no concrete agreement.

His fate, when the club from West London comes, will be much clearer when he was appointed the new manager of Chelsea, as Rafa Benitez leaves the bench at the end of the season.

Many believe that if come true announcement about the return of Jose Mourniho, Lampard is not going anywhere. Because we know how Mourinho price experienced midfielders and that's with him in a very good relationship.

Lampard has recently scored his 201 goal in Chelsea, in the victory of 2-0 on the Swansea at Stamford Bridge, which had arrived in the vicinity of record which holds Bobby Tambling.

But Benitez, although under great pressure that Lampard play, especially now that he could get into the history, midfielder last few weeks persistently defaulted on the bench as a substitute.
at 9:51 AM
Email ThisBlogThis!Share to TwitterShare to FacebookShare to Pinterest
Labels: MLS news, Transfers