The first Mourinhos victim: Chelsea's most expensive player on the transfer list! 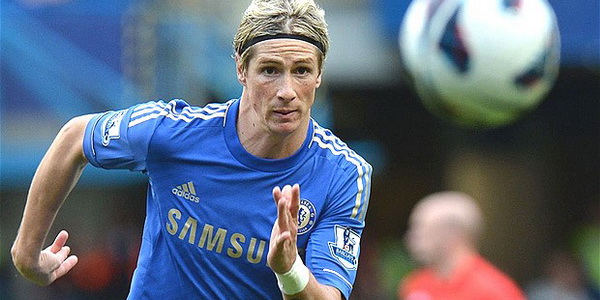 Portuguese coach Jose Mourinho will be the next season, and almost certainly, once again lead the team Chelsea


Mourinho has already, according to English media, began with the conclusion of the team at Stamford Bridge for the next season, and decided to bring, but also sell a few players.

As today writes English newspaper The Sun, the Portuguese expert ordered to put on the transfer list representative of Spain and the most expensive player Chelsea Fernando Torres.Torres  was allegedly not fit into the system games Portuguese coach, who instead of him in attack wants to see Edinson Cavani and Andreas Schurle.

Torres arrived at Chelsea from Liverpool in a transfer worth 50 million pounds, and now its price is estimated at around 20 million pounds.
at 4:56 AM
Email ThisBlogThis!Share to TwitterShare to FacebookShare to Pinterest
Labels: Chelsea, Premiere League