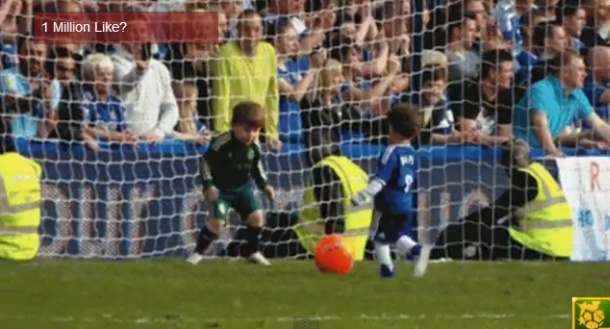 Sons Petr Cech and Fernando Torres imitate their fathers in Chelseas last match of the season.


Young Damian, the son of Czech goalkeeper, thrilled the crowd at Stamford Bridge when he defended shot his peer Leo, who is in the style of his father, Spain's Fernando Torres, started with the ball towards goal, but the shot went wide.

It seems that both of them are waiting for a rich football career in the future, as well as the son of a reserve goalkeeper Turnbull.

at 1:19 PM
Email ThisBlogThis!Share to TwitterShare to FacebookShare to Pinterest
Labels: Europe News