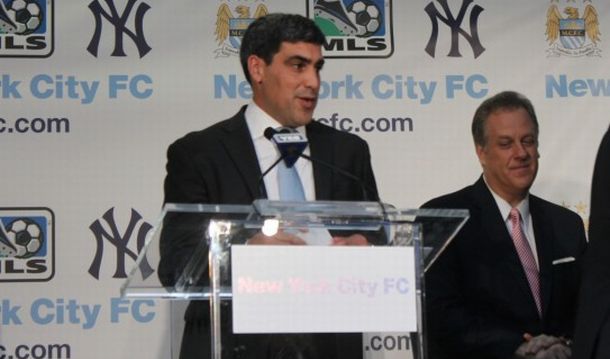 
"I am proud to have the opportunity that I got. Ahead of us is a big job, and I'm ready for the challenge," said Reyna, which thus far has been technical director under category American Football Association.

New York City Football Club will play in Major League Soccer (MLS) from the 2015th year. The majority owner of the new club will be the City, while the Yankees, one of the biggest sports brands in the world, to be a major partner in the entire project.

"Reyna is an ideal choice for this job. He is true New Yorker, he is very popular, has worked the previous job and I am sure that we make the right moves," said the executive director of City Ferran Soriano. Reyna during the playing career played for Bayer Leverkusen, Wolfsburg, Rangers, Sunderland, Manchester City and New York Red Bulls, and for U.S. national team has played 111 matches and scored eight goals.
at 1:59 AM
Email ThisBlogThis!Share to TwitterShare to FacebookShare to Pinterest
Labels: MLS news