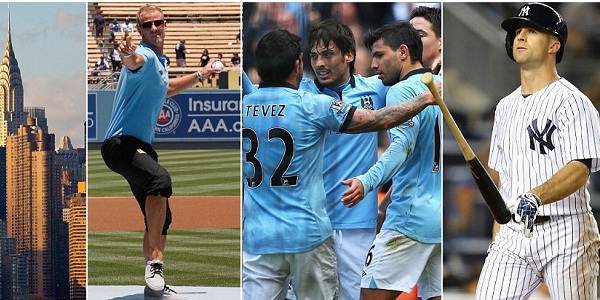 Manchester City and the baseball team New York Yankees have confirmed a partnership in establishment of football club, which will be from the season 2015th / '16. compete in MLS.


The club will, as it is announced, call the New York City Football Club.

The club will be located in Queens, where it would be built and the stadium, near the iconic tennis complex Flushing Meadows.

It is not excluded option that NYC FC plays their matches at Yankee Stadium.

Information today are confirmed leaders City and the Yankees, but and leaders of the MLS. Thus, the MLS season 2015th / '16. count 20 clubs.
at 1:48 PM
Email ThisBlogThis!Share to TwitterShare to FacebookShare to Pinterest
Labels: MLS news, News