Changes in Euro competitions, penalties for racism and abuse

Changes in Euro competitions, penalties for racism and abuse 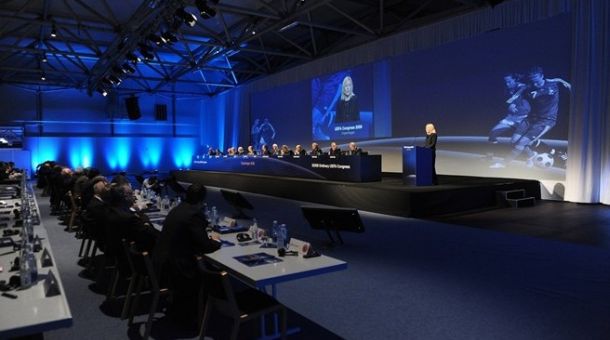 UEFA at today's meeting discussed important issues for the future of the most important things in the world.


On the program were discussions about racism, Europa League and Champions League, according seen today, in the competitions will soon be some changes.

Pressure on arbitrators and other officials is becoming increasingly common and UEFA will take steps to protect them. Insulting official persons from the players will be punished with a minimum of two to three match suspension, while insulting the judge players cost 15 games not playing.

These measures will be put in front of UEFA Congress for ratification on Friday and is likely to require from all members UEFA to adopt this decision. Also all are seriously talking about the introduction of the biological passport, which would represent a major step forward in the fight against doping.
at 2:26 PM
Email ThisBlogThis!Share to TwitterShare to FacebookShare to Pinterest
Labels: Scandals