Madness in Wales, Cardiff qualify for the Premier league 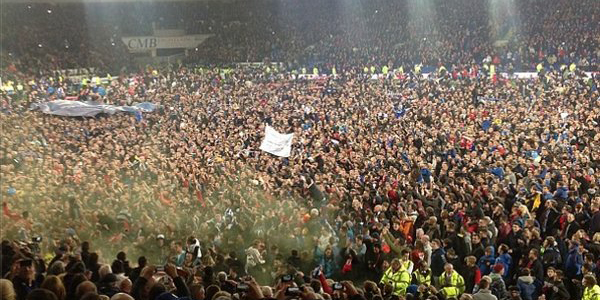 After 51 years of waiting Cardiff again in the elite ranks of English football!


Welsh are provided placement in the Premier League for the first time after the 1962nd year!

By playing draw without goals against Charlton, Cardiff has a guaranteed place in the elite since the season will definitely finish in the top two teams in the Championship.

Cardiff is the last three seasons, missed the playoffs for the Premier League, this is a great night for the team from Wales and the fans who have been following the match with Charlton flooded terrain.

Cardiff will be another Welsh team with Swansea who will compete next year in the Premier League.

at 1:20 AM
Email ThisBlogThis!Share to TwitterShare to FacebookShare to Pinterest
Labels: Premiere League