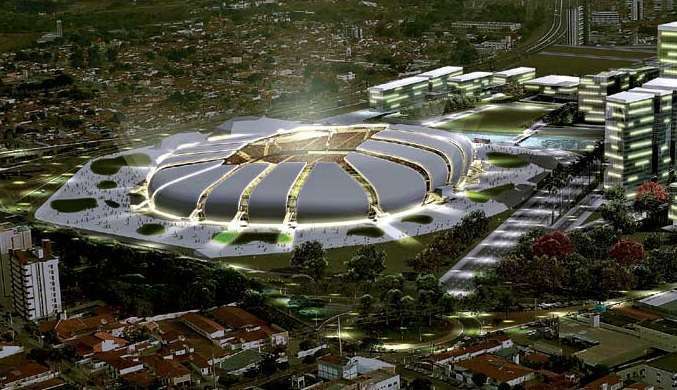 Arena das Dunas is being built in Natal, a city on the coast of the Atlantic Ocean. It will happen, instead of the old stadium Machadão and cost $ 205 million.


This beautiful arena inflicts a lot of trouble builders because of the extremely demanding build, and is less than 40 percent of the building is complete.

The budget Arena das Dunas could be the most unstable of most stadiums of the World championship in Brazil 2014. First off, the initial project was totally changed. Today, the stadium alone would make everybody happy enough.

at 8:54 AM
Email ThisBlogThis!Share to TwitterShare to FacebookShare to Pinterest
Labels: Stadiums