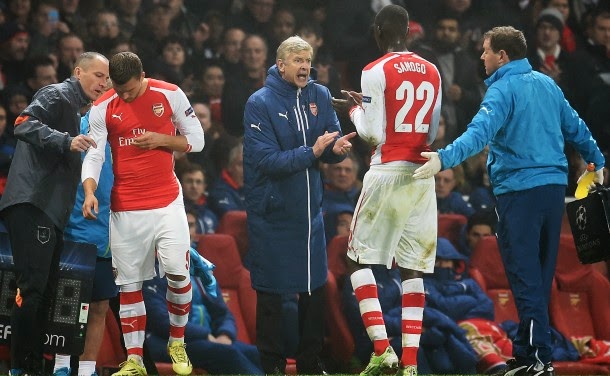 
Arsenal are notoriously famous for having their key players out on a lengthy injury breaks over the course of a season. They are the only club who have a terrible injury record. Almost every season they lose a major chunk of their players due to injury.

Even data study shows the same thing. What is the reason of such fragility in Arsene Wenger’s side? According to Raymond Verheijen – the former Wales physio who has claimed that there is a “career-threatening process” at Arsenal surely warrants an investigation.

One former Gunner on condition of anonymity has gone on record to say that Wenger’s training methods are indeed questionable. 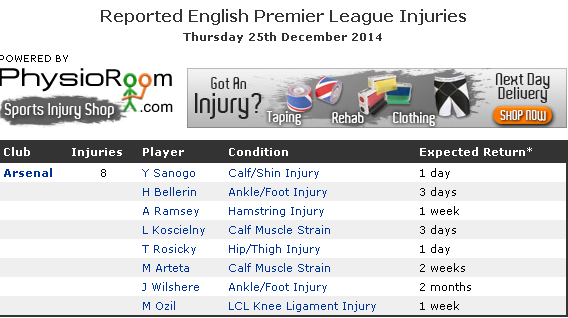 “Players need more rest now and more individually tailored programmes but Arsene has his methods that he believes in,” he said.

There are also question marks over the Frenchman’s squad rotation and his handling of a recovering player. All these factors indeed point to something fishy at the Emirates.

Wenger has made a note of all these ailments and is already planning new ways to stop this trend. Ivan Gazidis, Arsenal’s CEO has stated that club will fully back the manager in order to achieve success and they won’t shy in helping Wenger to strengthen and improve his training facilities and backroom staff.

“We are also reviewing our training ground facilities at London Colney and will be submitting a detailed planning permission application for a significant new development in the New Year,” says Gazidis.

“This is all designed to ensure we continue to move forward as a club on and off the pitch and create the best possible environment for success. One thing I can assure everyone about is that we have some of the very best people in the game working on this at this club.”

"We need to take this opportunity in order to achieve some important results," said Wenger, who continued:

"Over the Christmas calendar we have a great opportunity to prove people that we play better than they think. Each team has a tough time, but stability is important in these moments. "