Gattuso gone wild at the conference

Gattuso gone wild at the conference 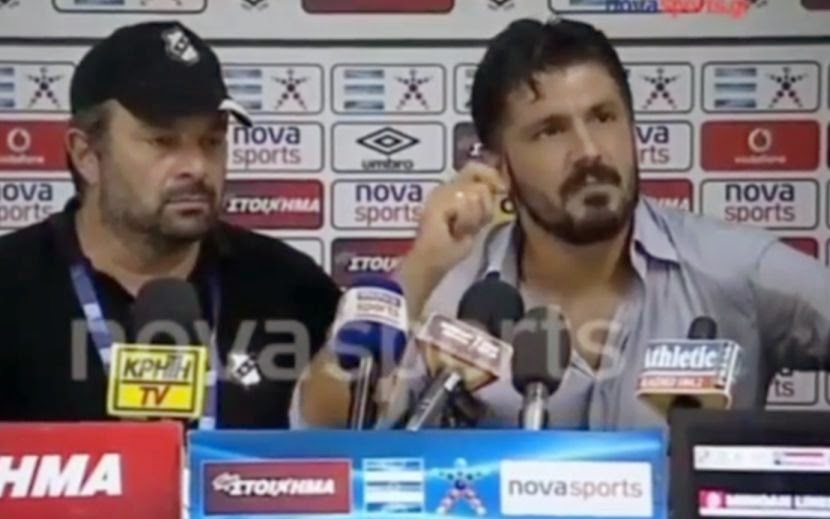 One of the best midfielders in the history of Milan, as well as European football, known for his temperament, his emotions exhibited as a coach in Crete

As the leader of the club OFI, which has a huge army of fans, hot-headed Italian had a turbulent press conference.

Although his team defeated Atromitos 1: 0, finance and speculation in the press that he could go to the bench, were upset Gennaro.

"I want my players to play with balls ... and heart. I'm staying! Many clubs in Europe are broke, so I do not cry. It is not true that the players do not play because they did not get paid. I did not studied school to be a teacher than a coach. Sometimes it's good, sometimes it sucks" said Gennaro Gattuso.

But the best would be if you look at the video conference.