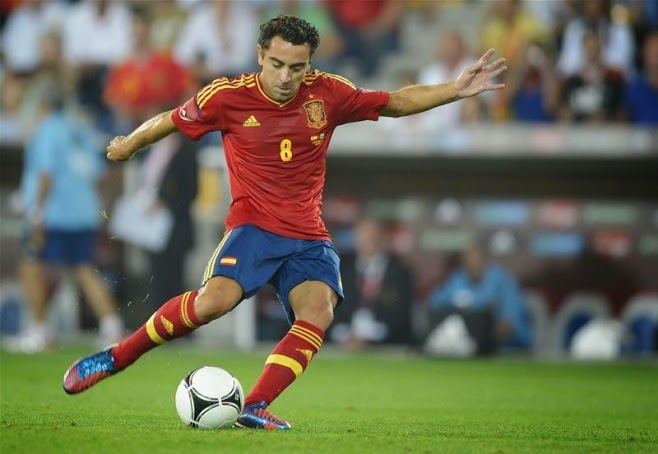 Xavi was a key member of the squad that won back to back European Championships, as well as the 2010 World Cup, during a dominant six year spell.

New Barcelona manager Luis Enrique has convinced Xavi to remain at the Nou Camp for another campaign, despite the midfielder being reportedly keen on a move.

He was capped 133 times, more than any other Spanish outfield player, and scored 13 goals.

He told a press conference in Barcelona: “I’m grateful for all those years. It has been a fantastic time.”
at 7:08 AM
Email ThisBlogThis!Share to TwitterShare to FacebookShare to Pinterest
Labels: Barcelona, football news, National team of Spain, Premiere, Xavi Hernandez