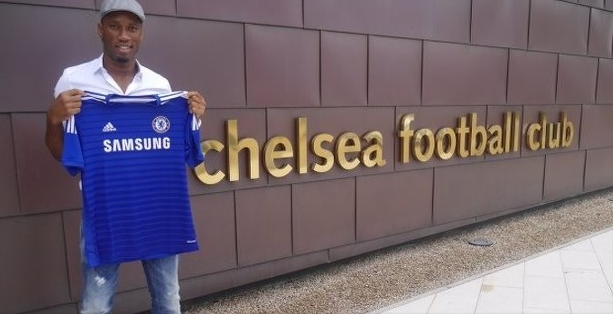 Didier Drogba returned to Chelsea by signing a contract for a year, it was announced on the official web site of the London club

When he reached the end of his previous contract with The blues in the 2012th it was just a few weeks after with Chelsea won the Champions League.

At the signing of the new contract Drogba said he could not refuse the opportunity to again work with the Portuguese coach Jose Mourinho.

"Everyone knows that I have a special relationship with this club and I'm there always felt at home," he stated.

He added that he wants to help Chelsea and is excited because it will spend next season in London.

Chelsea manager Jose Mourinho has said that Drogba returned because it is one of the best strikers in Europe.

"I know him very well and I know he will not come counting to that, what was previously achieved, but to still wants to create history," said the Portuguese.

After leaving the 2012th played for Chinese club Shanghai Shenhua and Turkish Galatasaray.