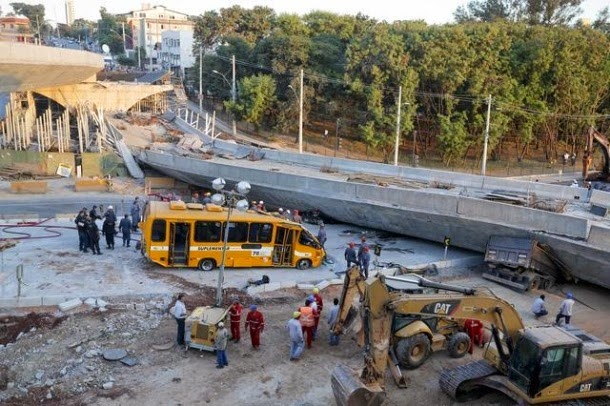 Overpass in one of the host cities of the World Cup in Belo Horizonte, crashed and died at least one person

According to Brazilian media, part of the overpass collapsed onto the vehicle on the highway, among which was a school bus.

Otherwise, this overpass was built as part of the infrastructure project Mundial in Brazil.