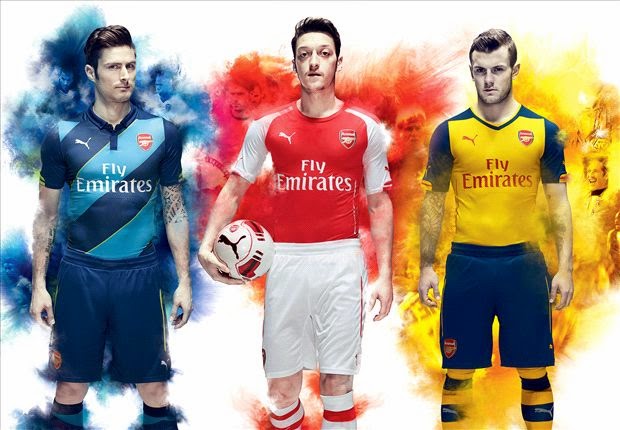 Presented Puma jerseys in which Arsenal will start in winning the title, and in it will help them new reinforcement Alexis Sanchez


Well knows from earlier that Arsenal wear jerseys with the Puma logo, but yesterday officially presented jerseys for season 2014/2015. At the presentation kits were Mikel Arteta, Santi Cazorla and Mathieu Flamini.

"The new jerseys are truly impress the players, especially because of the story behind it all. This is something that feel every member of this club," said the Arsenal player Mikel Arteta.

"Arsenal is a special club, and the creation of this shirt it's confirmed. PUMA has done a great job designing this kit."

"This is a great way of introduction to the season in which we want the Arsenal fans bring new trophies."

Puma CEO Bjorn Gulden said: "This evening was a significant event for Puma and for a while we were celebrating it."

"A lot of people here has worked a lot to this moment happened and I am sure that Arsenal fans around the world will be excited about the new design of the jersey, as well as training sets and fan collections."

Yesterday was definitely a happy day for the Gunners. Besides jerseys realized the transfer of Alexis Sanchez.

Not officially announced how much Arsenal paid to Barcelona for Sanchez, but it is believed that the figure is about 30 million pounds.

Sanchez has a great World Cup behind him, where he arrived with Chile to the eighth finals, and at the tournament he scored two goals and one assist. 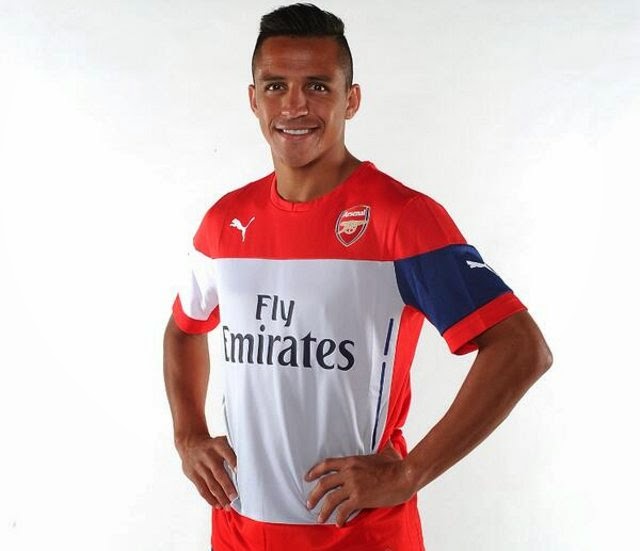 Alexis pointed out that it is very happy that he came to Arsenal.

"I can not wait to play for Arsenal and to greet the great fans. This is a great club that has the most objectives and expect to have a successful season in the Premier League and the Champions League," said Sanchez.

Arsène Wenger was very pleased with the completion of the transfer.

"Alexis Sanchez is a fantastic footballer, you saw it yourself at this World Cup. It would mean a lot to this young team, and I expect that a great fit," said Wenger.

How to claim the English media, Sanchez will at Arsenal earning 140,000 pounds a week.