World Cup in Brazil: In 11 played games there were no draws

World Cup in Brazil: In 11 played games there were no draws 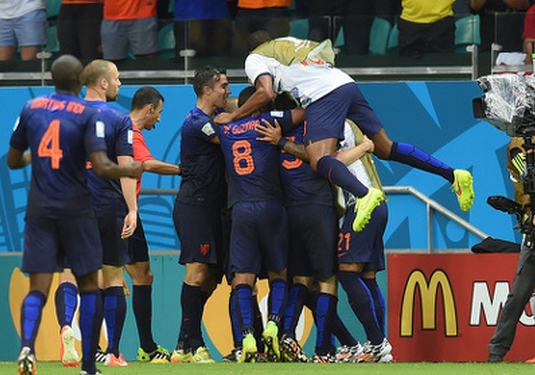 Within the group stages of the World Cup which is being held in Brazil in four days played a total of 11 games, and neither one of them had completed a draw

The highest number of goals saw on the match between the Netherlands and the current world champion Spain. The Dutch were demolished "Red Furio" with high 5:1. The goals for the Netherlands achieved Arjen Robben and Robin van Persie by two and De Vrij one, while the scorer of the only goal for the Spaniards scored Alonso from the penalty.

High victory recorded are also representations of Colombia and France, which are their opponents, Greece and Honduras, overcome with high 3:0. The least goals there were in the encounter group "A" between Mexico and Cameroon, where the scorer of the only goal of the match was Mexican Oribe Perlata.

In 11 games was scored a total of 37 goals, including three an own goal and four goals scored after the regular 90 minutes of the match. Marcelo own goal recorded in the match against Croatia, Honduras Valladeras player against France and Sead Kolasinac at last night's meeting of BiH and Argentina.

The fastest turnaround in this year's World Cup in Brazil recorded the Ivory Coast, which has was losing in the first half from Japan 1-0, to goals from Wilfried and Gervinho in the 64th and 66th minute managed to reverse and record victory.

Today meetings are scheduled between Germany and Portugal, Iran and Nigeria and Ghana and the United States.