Pele: Brazil now has a stronger defense than attack

Pele: Brazil now has a stronger defense than attack 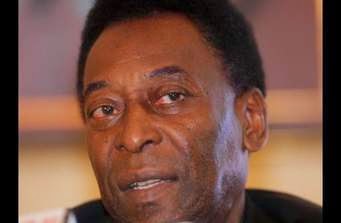 The legendary Brazilian striker Pele believes that Chile can be potentially surprise of the World Cup, and claims that this time Brazil has a stronger defense from attack

"For the first time in the history of Brazilian football, Brazil has a better defense than attack. Notice that support midfield is fantastic, very organized," said the legendary Pele.

Brazil plays in Group A with Mexico, Cameroon and Croatia, with which they will test their strength on Thursday at the opening of Mundial in Sao Paulo. Karioke have superior defense such as Daniel Alves, David Luiz, Thiago Silva...


"This is the first time that Brazil has this difference, I hope that we can bind well midfield and attack," said Pele.

Responsibility for the hits will have to take the young Neymar, Barcelona striker from whom is much expected in Brazil.


"I want that Neymar to be the star of this World Championship!" said Pele, who believes that Argentina will be the main competitor of Brazil, and as a potential surprise sees Chile. Of course, it is considered that a lot of European selection which can do a lot, referring primarily to Germany and Spain.