Ochoa has been without a club, and now will have the opportunity to choose

Ochoa has been without a club, and now will have the opportunity to choose 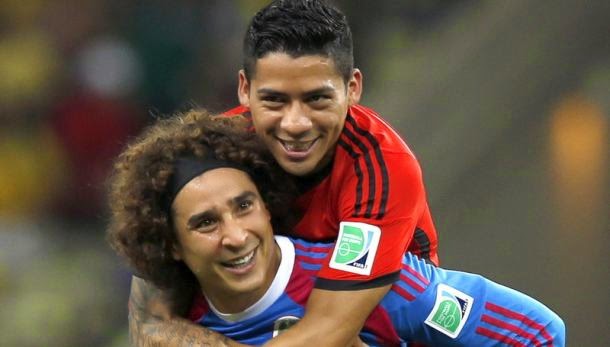 Guillermo Ochoa has impressed world with his amazing defenses in a draw Brazil and Mexico (0-0). Overnight became a huge hit on social networks

Ochoa has with six defense kept net untouched, and is deservedly named man of the match. This brilliant goalie was later told that it was a match of his life.

What is interesting, in Brazil, Ochoa arrived as a free agent. His Ajaccio was knocked out of the league, and his contract has expired.

Now many clubs will have the opportunity to bring him free. The problem is, perhaps, the fact that competition among clubs too big. Who will be the lucky one who will lead free Ochoa, remains to be seen after the World Cup.

For his services have already shown interest in English giants Arsenal and Liverpool.

Overnight Ochoa became a hit on social networks:
Another interesting thing that happened in relation to this great goalkeeper is that the famous Mexican singer Thalia on her Twitter profile wrote "Marry me".