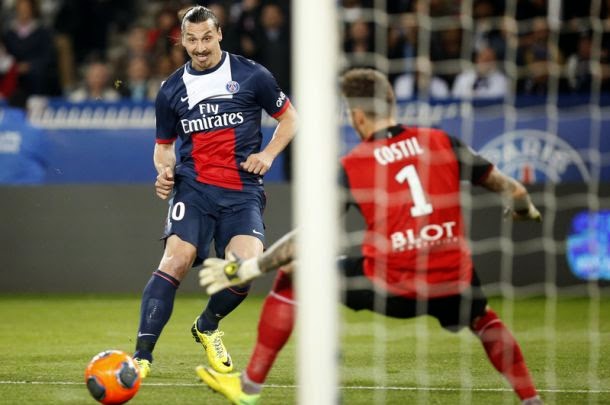 PSG's last night at his Princes Park within 36 rounds of the French League 1 hosted Rennes. The visitors won 2-1

Host came to the lead after only three minutes of the game. Cavani is hired Lavezzi who shakes net of Costilo. After 23 minutes Rennes came to a draw. Doucoure is hired Qadir that strikes net team from Princes Park.

Just four minutes later the visitors came to lead. Scorer in the 27th minute of the meeting was N'Tep. Rest is to the end of the game 2-1 for Rennes. PSG has entered the first home defeat of the season, but nevertheless, thanks to draw of Monaco and Guingamp became champion of France. On the field after the injury returned Zlatan Ibrahimovic who was substituted in the 56th minute of the match.