Clubs from the Premier League in the race for Hugo Almeida

Clubs from the Premier League in the race for Hugo Almeida 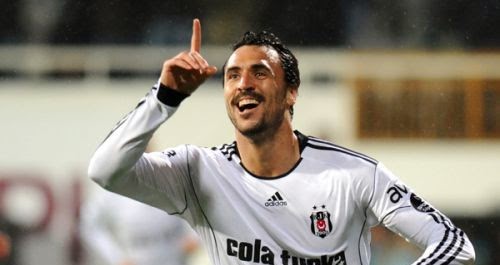 The Portugal international has been embroiled in a contract dispute with the Besiktas over the renewal of his contract.

Almeida is free to speak to other clubs, with his contract set to expire at the end of the season. The 29-year-old has been reluctant to renew his contract on a lower wage.

The 29-year-old is expected to decide whether he wants to stay with the Black Eagles after the World Cup.

"I am still in talks with the club over my contract extension. I am happy here the World Cup is coming up and I want to remain at the club. However, nothing has been decided yet."

However, Almeida has made ​​no secret of his desire to play in the Premier League.

"It is no secret, and I've said several times, I would like to play in England or Spain sometime," Almeida told Portuguese newspaper A Bola last summer.

Almeida joined Besiktas from Werder Bremen in 2011 on a € 2 million transfer fee.

The 29-year-old striker has 12 goals and three assists in 32 appearances this season but has not scored in his last nine outings.