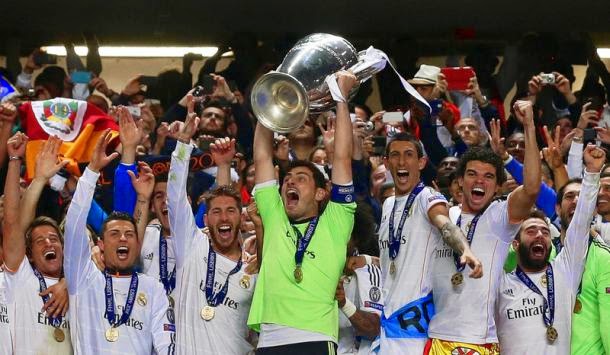 Although it seemed that they would lose, Real Madrid players in the end convincing win against Atletico Madrid in the Champions League final

Atletico is on Da Luz stadium in Lisbon took the lead by bare Diego Godin, but after 93 minutes Sergio Ramos tied  on 1-1.