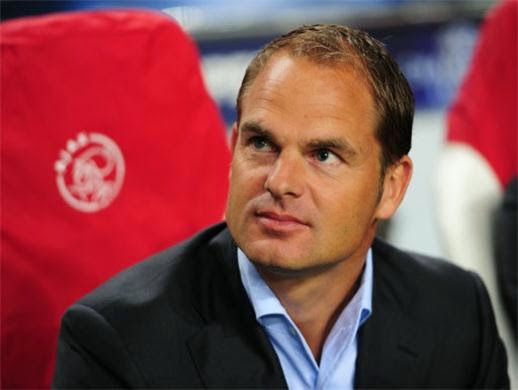 Fox Sports had reported that De Boer was now Tottenham’s number one choice to replace Tim Sherwood, who is expected to leave at the end of the season, and that the Premier League club had made an offer to the Ajax coach. The article states that De Boer was considering it, but would only decide once the season is over.

However De Boer has denied knowing of any deal, telling Voetbal International reporter Simon Zwartkruis, ”Spurs? I know nothing about it.”

De Boer has constantly stated in the past few months that he is not ready to leave Ajax yet, despite guiding them to his 4th straight Eredivisie title on Sunday. The 43-year-old’s objective is to qualify for the knockout rounds of the Champions League before moving to another club.