Diego Costa: Chelsea will must to attack

Diego Costa: Chelsea will must to attack 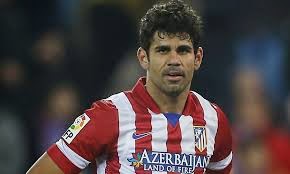 "Unlike the first game in Madrid, Chelsea will in front of their fans in London certainly much more attacking," announced the return match of the Champions League semi-finals Atletico striker Diego Costa

Of course, alluded with this on the first match in which Chelsea to result 0-0 came with a very defensive game.

"I'm not at all nervous ahead of the meeting in London. This will be a great game in which should enjoy," added Costa.

With a chance to qualify for the finals of the Champions League, Atletico is close to winning the Spanish League. From the remaining three matches they needs two victories to finish as first.

"I dream celebration of titles on our Vicente Calderon. Would be nice if the title secured in a meeting at home against Malaga," said the Brazilian who plays for the Spanish national team.

Atletico has throughout history won nine league titles, but the last of them still 1996th year.