A-League: Elimination Finals, who is ready to face the WSW and Brisbane Roar?

A-League: Elimination Finals, who is ready to face the WSW and Brisbane Roar? 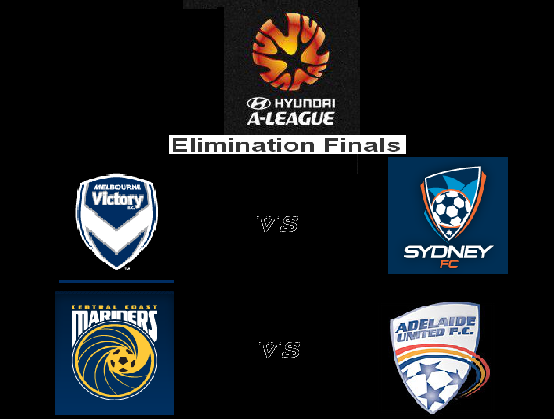 A-League enters its final phase, and clubs from the top of the table are struggling to enter the semi-finals


Clubs Melbourne Victory and Sydney FC will play the first game of Elimination Finals on April 18. The winner will go through into the semi-finals and play against Western Sydney Wanderers.

These two teams have played three games this season and team Sky Blue was defeated in all mutual matches. When you take into account that the team from Melbourne is a hosts clearly see who is the favorite in this match.

Brisbane Roar as the leader in the standings after the regular season awaits better match Central Coast Mariners and Adelaide United.


Although on the table better position occupies CCM and have a victory the first common match of the season (Round 3 - 1-0 victory CCM), it can be said that United's two remaining mutual match has two convincing victories (round 10 - AU 4-0 victory and round 19 - AU victory 2:0).