The trouble for Wenger - Kallstrom was injured during the first training!

The trouble for Wenger - Kallstrom was injured during the first training! 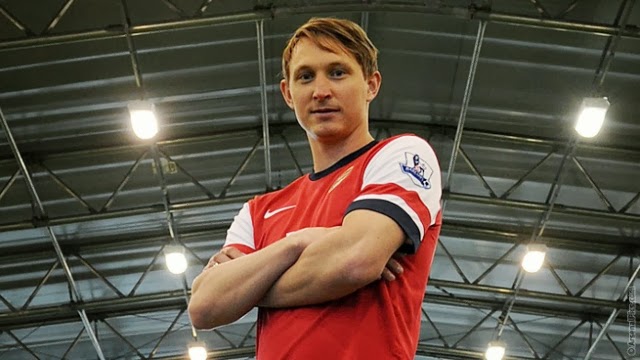 After he came to Arsenal on the last day of the transition period, Kim Kallstrom has injured at the first training

Swedish internationals Kim Kallstrom arrived at 'Emirates' last day of the transition period in order to increase competition in the middle of the field after numerous injuries, but did not take him long to get himself hurt.

Although to Arsenal arrived a few details about how it comes to smaller injuries, seems to Kallstrom could to be absent for up to three months!

How Flamini is currently suspended due to a red card in the previous match, and Wilshire and Ramsey are injured, it is clear that Arsène Wenger will have a lot of problems in the next period, when they expect some very difficult matches.

31-year-old Kallstrom arrived at six-month loan from Spartak Moscow, and a medical team of Arsenal be made by a series of extensive tests, after which it will be known exactly how the Swede absent from the field.