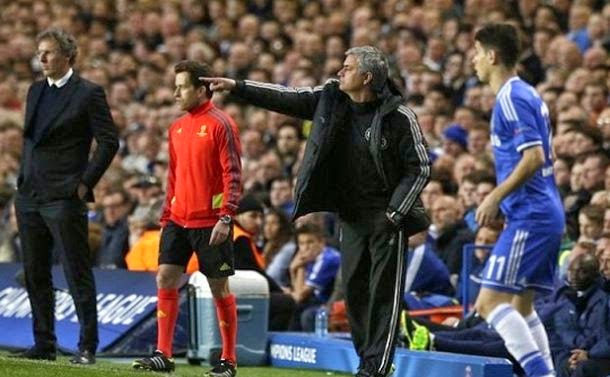 The first semi-finalists of this year's edition of the Champions League are the London team Chelsea, who in two games was better than Paris Saint-Germain thanks to goal away, and Real Madrid, who passed Borussia Dortmund with a total score of 3-2

The match in London began badly for Chelsea, because in the 18th minute injured Eden Hazard, instead of which at court entered Andre Schürrle, but it eventually proved to be good for domestic, since it is exactly the German national team member in 32nd minutes, scored the first goal for Chelsea.

Guests have managed to endure the rest of the first half and at beginning of the second two times were saved by the crossbar after shots Schürrle and Oscar. Two good opportunities below for Paris Saint-Germain missed Edinson Cavani, and it is at 87 minute with goal for passage Chelsea punished Demba Ba.

Borussia Dortmund was on the right track to catch up by three goals in from first match played in Madrid, but in the end they failed. Everything went wrong for guests in 17th minute when Angel Di Maria missed a penalty, and seven minutes later Pepe instead Casillas found Reus, who has passed over the visitors' keeper and gave the home side the lead.

In 37th minute the same player doubled advantage of the home team, and it was also the result with whom gone at rest. The best opportunity to level the score from the first leg had Mkhitaryan in the 65th minute, when at great assistance Reus bypassed Casillas and then instead of a net from five feet hit the visitors' bar.