Lotito: For sale Hernanes I have received perhaps and 80 death threats

Lotito: For sale Hernanes I have received perhaps and 80 death threats 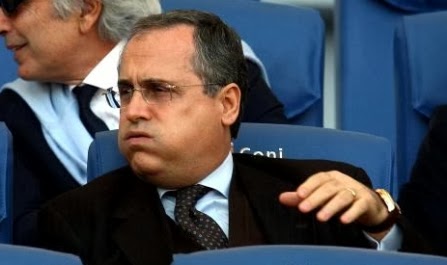 Claudio Lotito, Lazio president, complained that he had received more than 50 death threats from angry fans sky blue for sale talented Brazilian midfielder Hernanes to Inter at the end of the January transfer deadline

"Yesterday I received 50, 70, maybe even 80 phone calls from quasi-Lazio supporters. Want to leave the club and threatened me with death. Players are part of the club, but this time they really broke every measure," said Lotito to reporters.

During communication with the press, his phone rang. Called another angry fan of Lazio.

"Who's there? Why not at least introduce yourself?" asked fans who then hung up.

Lotito reported death threats in September, when the club failed to bring the Turkish attackers Burak Yilmaz from Galatasaray. To reporters complained how the club this time had no choice but to sell Hernanes.

"It was his decision, he wanted to go. Already had a job lined up with Inter. What could I do? Keep him and have a disaffected player on the team? If he had stayed, he would be unhappy, and then it eventually left as a free player. "

at 1:54 AM
Email ThisBlogThis!Share to TwitterShare to FacebookShare to Pinterest
Labels: Hernanes, Lazio, Lazio president, Lotito, Serie A, Transfers