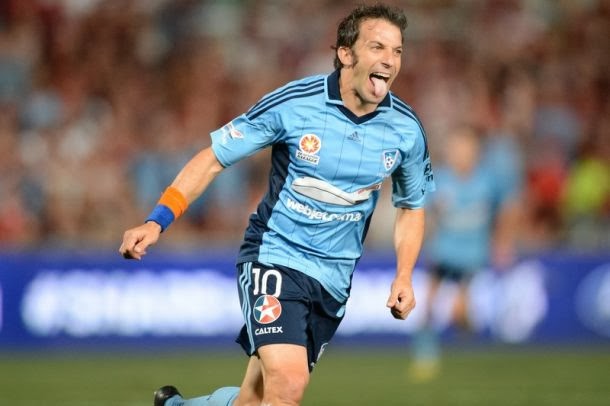 The legendary Juventus striker Alessandro Del Piero (39), received an offer from Sydney FC that from next season becomes a player-coach

Del Piero was 2012th year left Juventus after almost two decades at the club and joined the Australian team. Although in later playing years, Del Piero played fantastically wearing the jersey of Sydney, and to him management of this club offered a new contract.

Australians want to Del Piero becomes a a player-coach, and they came out with the proposal for a new contract. Now waiting for the decision of the legendary Pinturicchi, where the current contract with the team points out next summer.

Del Piero is for Sydney played 39 matches and scored 21 goals.