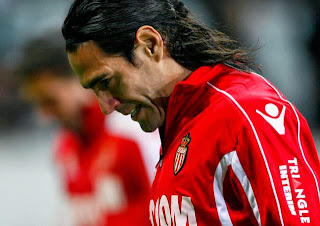 Columbian could to return to Spain, French sources say, who claim to that the new owner of 'bats' seriously interested for the  Monaco attacker

Radamel Falcao was once again in a focus of interest.

Football player who was in a the recent interim period wanted the entire Europe, has been moved to Monaco, but the story of his departure from France are still active.

First of all, there was talk about Chelsea as the main candidate, but Abramovich has the keen competition in the form of Peter Lim, a man who should become the new owner of Valencia.


One of the richest businessmen in Singapore promised sound reinforcement as soon sit in a chair, one of the names is Falcao occur French media.
at 7:37 AM
Email ThisBlogThis!Share to TwitterShare to FacebookShare to Pinterest
Labels: Football rumors, Monaco, Radamel Falcao, Rumors, Valencia