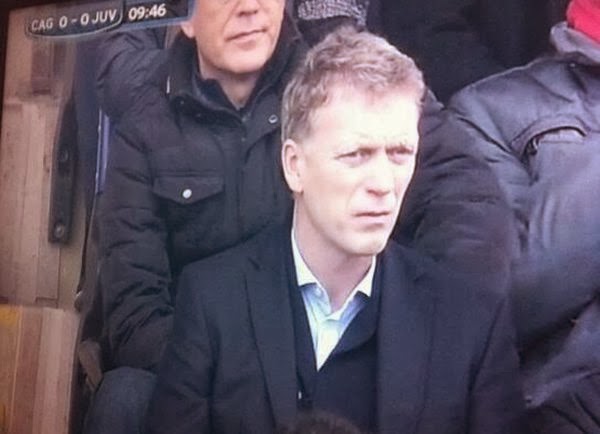 Manchester United coach was noticed at the meeting Cagliari-Juventus, and assumed that him attracted the attention  Paul Pogba

Lately David Moyes being criticized for poor games, both in the league, as well as because of the relegation out of the FA Cup.

It is known that in the January transitional period Manchester United to invest 200 million euros for bringing reinforcements that will help the giant to return to the track where they were while was on the bench Sir Alex Ferguson.

Many names have been mentioned as possible reinforcements, and definitely one of the most resonant is Paul Pogba, who is assumed  David Moyes watched on match Cagliari-Juventus. It is possible that he took the opportunity to look and how play Davide Astori or Claudio Markisio.

If Moyes wants young French attacker, will have to pay a large sum of money because it is known that PSG have offered 50 million for Pogba.


If it is true that Robin van Persie will not play until March due to injury, it is obvious that in the ranks of the "Red Devils" has space for Pogba.
at 1:04 PM
Email ThisBlogThis!Share to TwitterShare to FacebookShare to Pinterest
Labels: David Moyes, Football rumors, Juventus, Manchester United, Manchester United coach, Paul Pogba, Rumors