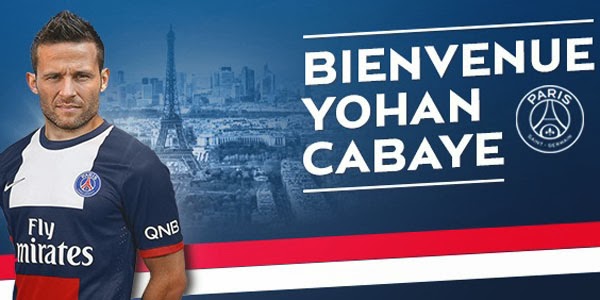 After two and a half seasons at "St.James Park", Yohan Cabaye left Newcastle

Coach Parisian 'Saints', Loriant Blanc, is former football player Lille marked as his greatest wish, and his desire is fulfilled.

The positive thing for PSG is that Cabaye will have the right to participate in the knockout stage of the Champions League.

In Newcastle wish him all the best in his career and thank him for all he has done for the club.

On the official website of the club does not stand how much is cost transfer, according to the 'Sky Sports' it is the figure of 19 million pounds.

Yohan Cabaye is on the 19 Premier league matches for the black and white from the north of England this season, scoring seven goals.

French national team member arrived in Paris on medical examinations successfully passed them and became a member of the leaders of Ligue 1.