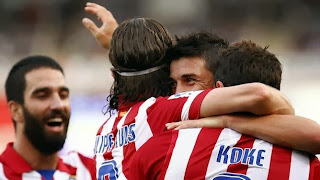 
In the frame is Atletico Madrid playmaker Koke.

According to reports of Spanish media Manchester United made arrangements the first January transfer and the beginning of next year at Old Trafford will come Jorge Resurreccion Merodio known as Koke from Atletico Madrid for 36 million euros.

Apparently, in the late hours of Friday, there was a deal, although to the transfer opposed coach Diego Simeone, so that Koke will be the first reinforcement of Red devils in winter transitional period.