Falcao: We have a chance if we stay humble and go slowly

Falcao: We have a chance if we stay humble and go slowly 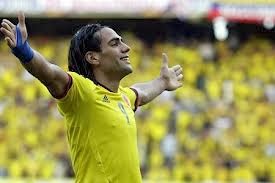 
Draw has decided that Colombia to play in a group with Greece, Ivory Coast and Japan. The best player and scorer of Colombia, Radamel Falcao calms passions, and notes that the success for his team can only get if they remain humble and distract the euphoria.

"It's not an easy group for us. Every team has a lot of good football players and ahead of us is hard work. Many are saying nice things about us, but all that we have to verify in every game at the championship," said Falcao and added:


"We have to be focused on each match. At this point we have to think only about Greece, which is our first game. Should go slowly and be smart," finished Monaco striker.

at 10:11 AM
Email ThisBlogThis!Share to TwitterShare to FacebookShare to Pinterest
Labels: Colombian national team, groups for the World Cup, Radamel Falcao, World Cup