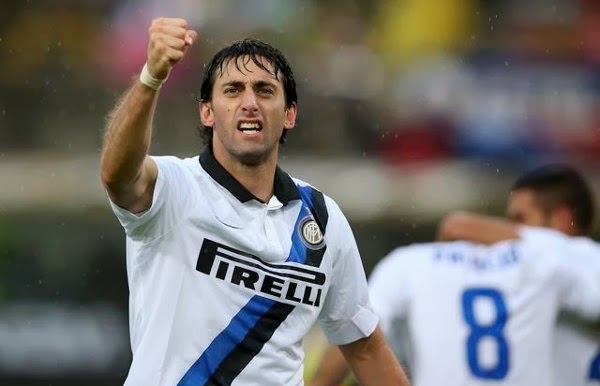 Inter striker, Diego Milito, will leave the club at the end of the season and return to Argentina


The attacker, who spent five seasons at the club from Milan. During that time he led the team to many important victories, and was a key player in winning three trophies in one season.

Inter in 2009/2010 season, when them in led from the bench Jose Murinho, won the Champions League, Series A and Coppa Italia. Milito in the final Champions League was a double scorer against Bayern from Munich.

In the the last two seasons Milito is having trouble finding the right form, to a large extent due to frequent injuries. On the previous 154 appearances for the team from the city of fashion scored 77 goals.

In his career is has played for Genoa in Italy, and for team Saragosa in the Spanish Primera. In the national team jersey recorded a 25 appearances and scored 4 goals.

As alleged in Argentine, Milito is now closest to returning to his native land. As a new club Milito states his former team Racing, which is performed by the 1999th to 2004th year.