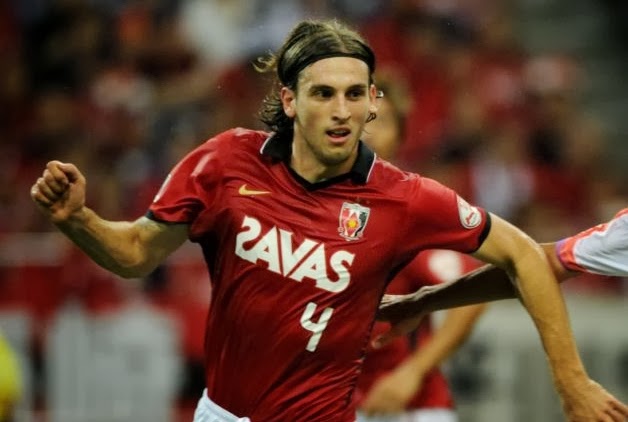 
Al Alrabi's defender from last year join Wanderers and with Brendon Santalab, Dean Heffernan and Tomi Juric try to give a new dose of freshness and safety in the game team that with this reinforcements wants to be in top the Australian A-League.

Good vibes from the fans were the odds that he without any thoughts accept the offer and join the club from Sydney.

"I was here for two weeks training with the team and I thoroughly enjoyed my time here, got a bit of a taste for the club and was keen to come back," he said.

"I've heard unbelievable things about the Wanderers fan base and I'm really looking forward to playing in front of such great supporters.

"With almost 16,000 members it's pretty special for a team that's only been in the league for a year."

Before signing for the Qatari Al Alrabi he played three seasons in the Japanese league and his experience could much help the club how in the A-League as well as AFC Champions League.

"I spent three years in Japan playing at a big club in the Urawa Reds.

"I took a lot of good memories and great experience from there and I know what to expect when playing in Asia, the conditions, the football and the players as well."

Spiranovic also has experience of playing in the Bundesliga as well as the UEFA Cup, which certainly gives leaders Wanderers another confidence that they did a good job of bringing this player.

at 2:04 PM
Email ThisBlogThis!Share to TwitterShare to FacebookShare to Pinterest
Labels: Australia