Klinsmann not worrying about MLS schedule as WC qualifiers approach

Klinsmann not worrying about MLS schedule as WC qualifiers approach 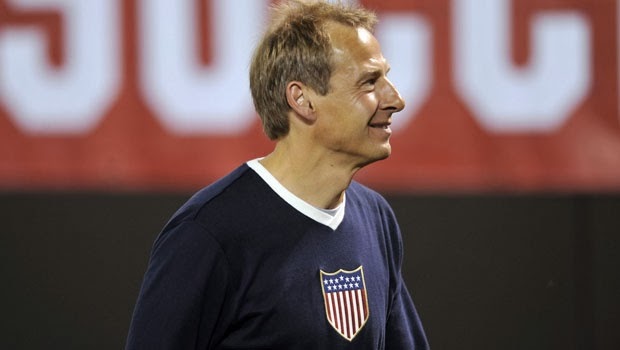 
The U.S., already qualified for Brazil 2014, take on Jamaica in Kansas City on October 11 before traveling to Panama for an October 15 fixture.

Klinsmann is aware that MLS clubs will still be striving to make the playoffs as the business end of the season approaches but he insists he has a national team to run and will not bow to domestic pressure.

"It is absolutely no issue for us," said Klinsmann. "We see the busy schedule MLS is going through, but it makes no difference.

"This is World Cup qualifying. We want to end it on a very high note. We are going to call in the guys we believe in".

The U.S. sit on top of CONCACAF's hexagonal group with 16 points from eight matches, one clear of second-placed Costa Rica, and five clear of Honduras in third.

at 2:28 PM
Email ThisBlogThis!Share to TwitterShare to FacebookShare to Pinterest
Labels: MLS news