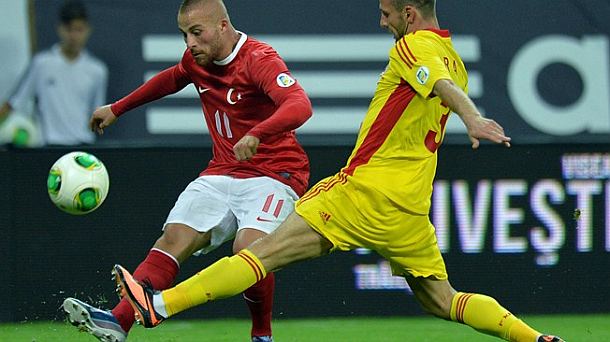 
Turkey's victory over Romania in Bucharest kept chances to secure additional qualifications, given that the Netherlands absolute leader in group D.

Leading goal for the guests from Turkey scored Galatasaray striker Burak Yilmaz, great hitting his head in the 22nd after Arda Turan cross from the left. In 95th minute Erding set final 0-2.

Turkey has 13 points, as the defeated Romania. Hungary has a point more if keep the advantage against Estonia (3-1).

Bulgaria's goals from Dimitrov and Gargorov celebrated away in Malta and the second-position group B. Herrera was the only scorer for Malta.

at 1:39 PM
Email ThisBlogThis!Share to TwitterShare to FacebookShare to Pinterest
Labels: Qualification