First defeat of Bosnia and Herzegovina

First defeat of Bosnia and Herzegovina 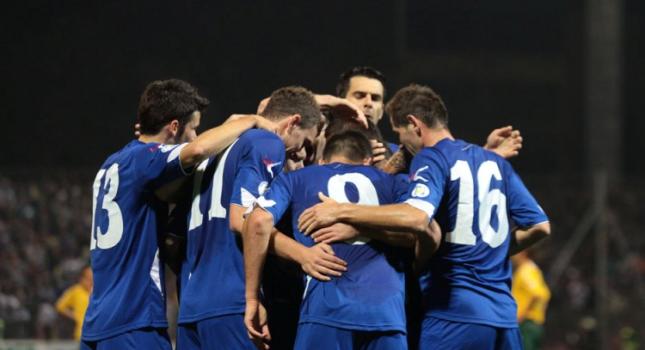 
Although it was expected that the team of Bosnia and Herzegovina's eventual victory secure way to Brazil, it did not happen, so that have no choice but to look for three points in the away match in Zilina.

Slovaks were presented last night in Zenica as an organized team that to victory came in 77th minute when Victor Pecovsky ground level shot from 18 feet checkmated Asmir Begovic. Bosnia and Herzegovina national team played a solid first half, but after a receiving a goal failed to create pressure that would yield equalization.

And coach Susic was caught with the defeat, pointing out that a lot of players failed and announced the hunt for victory on tour in Slovakia. Similar opinions are Edin Dzeko and Zvjezdan Misimović who said:

"We had a couple of shots, but unfortunately the ball has not entered into goal. We will not give up, we have a correction, I think they will play a more open, we have a chance in Slovakia, adding that" this team will show the character. "

at 5:29 AM
Email ThisBlogThis!Share to TwitterShare to FacebookShare to Pinterest
Labels: Qualification