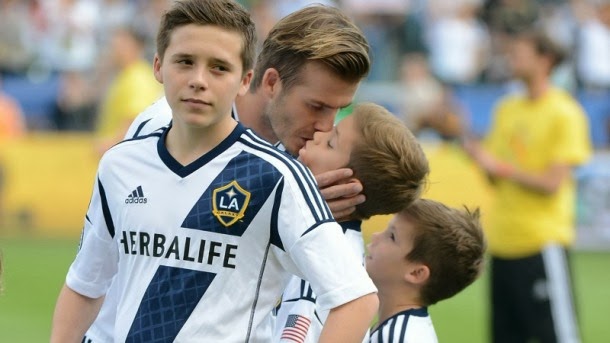 Son of David Beckham's debut in an official match for the young team QPR, and all from the stands watched former England national team member, like Dennis Wise Chelsea legend whose son plays with a young Becks


QPR team to 14 will also apparently be a very watched this year, as their matches will be a great opportunity for hunters to famous to see David Beckham.

Beckham's son Brooklyn debuted yesterday at the match U14 team QPR and Charlton. QPR lost 2-0, and those who watched claim that Brooklyn is talented. Oldest son of David Beckham playing in the same position as his father.

Brooklyn has changed a lot of clubs, until recently he was at Chelsea, but eventually settled in QPR where this season try to impress in competition with their peers.

at 10:35 AM
Email ThisBlogThis!Share to TwitterShare to FacebookShare to Pinterest
Labels: Premiere League