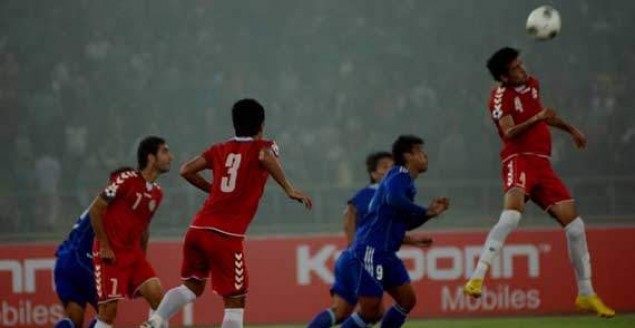 In the first semifinal of the SAFF Football Championship in 2013, Nepal took on Afghanistan in the big game Which was a drama all the way to the final whistle


Afghanistan football team took the lead in the first half and kept the clean sheet the event though Nepal played some great football but it was not enough to break down resiliant Afghanistan defense.

Napal did get a late late penalty, which upset the Afghanistan players and they almost jogged off the pitch in protest to the penalty award, but game went on and Nepal player missed the penalty after referee had given yellow cards to the keeper and one of the defenders in the line.

at 9:28 AM
Email ThisBlogThis!Share to TwitterShare to FacebookShare to Pinterest
Labels: Asia