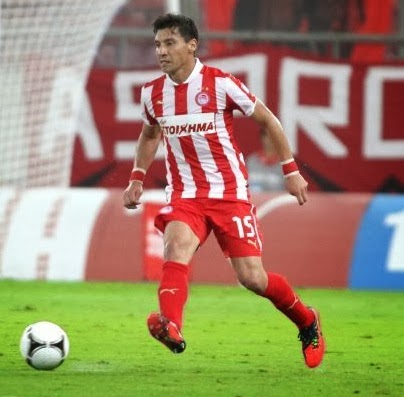 Most recently, he spent the 2012-13 season with Greek Super League champions Olympiakos, playing 17 matches including representing the club in the UEFA Champions League.

Victory coach Ange Postecoglou said he was excited about what Contreras could contribute.

"Pablo is a high quality central defender who will be an important part of our journey towards an A-League Championship, and, hopefully, our upcoming Asian Champions League campaign," Postecoglou said.

Contreras will arrive in Melbourne on Monday night and is expected to train with the club for the first time on Tuesday.

The Victory's season begins with a derby against Melbourne Heart, captained by former Victory star Harry Kewell, at Etihad Stadium on October 12.

at 3:48 AM
Email ThisBlogThis!Share to TwitterShare to FacebookShare to Pinterest
Labels: Australia