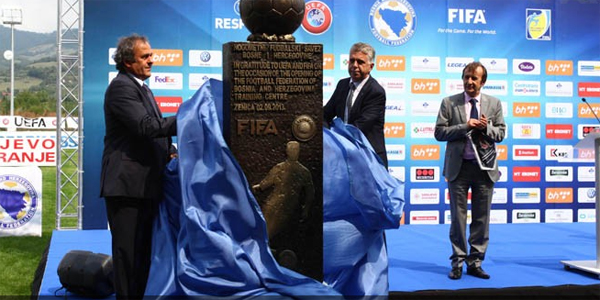 
Sports Complex "Kamberovic flat" includes two football fields, one with a natural, and one with artificial turf and facilities for room and training sports teams.

Begic thanked Platini for the generous support given by UEFA to build this facility and handed him two letters of thanks. 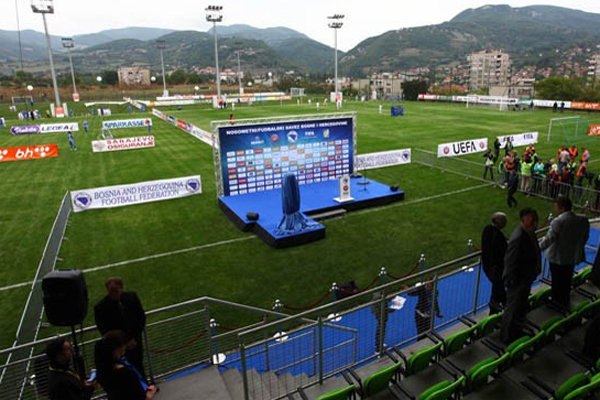 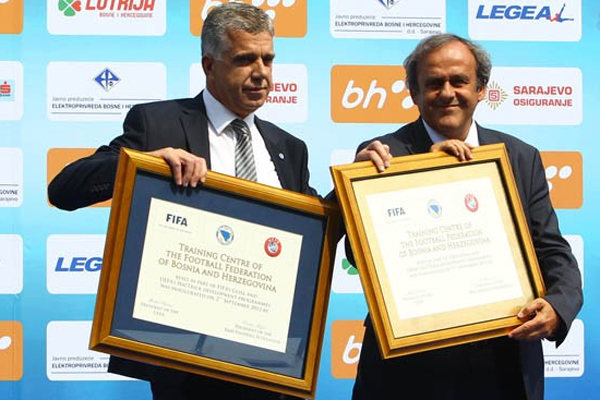 "I am honored and happy that the Platini in Bosnia and Herzegovina. The construction of the center Zenica became the pupil of the eye of the national team. There will grow our sport diamonds. The construction of the camp we got a ground for growing new generation of sports, "said Begic, and expressed sadness for Bosnia and Herzegovina does not have an adequate playing field for national team. UEFA President Michel Platini congratulated Bosnians on building beautiful sports center and pointed out that in this region continues the tradition of playing great football. He wished the national team good luck and selector of B&H Safet Sušić below qualifying for the World Cup, adding that the results of which Bosnia and Herzegovina has made in recent times phenomenal. "I thanked Ivica Osim who heads the Committee for the normalization performed Football Association of Bosnia and Herzegovina on the right path. I believe in B&H because this region loves football. I wish you luck against Slovakia. " Platini also thanked the Mayor of the Municipality Zenica Hussein Smajlović on the cooperation and assistance rendered to the people of the Football Federation of Bosnia and Herzegovina in the past years. In the program included the opening of the football camp were boys and girls from all over Bosnia and Herzegovina, and performance are performed champion in freestyle B&H Zlatko Mesic and B&H and the best guitarist Muris Varajić. The ceremony ended with discovering artwork "Monument of football" of artists Samira Suceska from Sarajevo.
at 9:04 AM
Email ThisBlogThis!Share to TwitterShare to FacebookShare to Pinterest
Labels: FIFA

If you are a player looking to improve yourself or if you're a coach looking for ways to better your strategies and instruction, we feel confident that this material will be well worth your time. Visit our site to find articles, tips and reports designed to help you improve your football skills.
Football Training