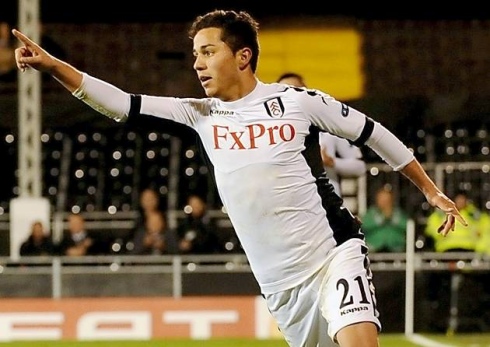 
Frei will sign a five-year deal with the Black Eagles if Besiktas and Fulham agree a transfer fee.

The 19-year-old has fallen down the pecking order at Fulham and now he has been told he is free to leave this season to continue his development.

Fulham manager Martin Jol said: "Kerim is part of our future but he is still developing.

"I want him to play games and continue to progress."

Frei was born in Feldkirch, Austria but raised in Switzerland by his Turkish father and Moroccan mother.

The Turkish international was first spotted by Swiss side Grasshoppers aged 13 and was snapped up by Fulham just three years later.

After rising through the youth ranks the Fulham starlet was given his Premier League debut on 10 December 2011, in an away match against Swansea City aged just 18th Frei went onto make 36 appearances for the Cottagers that season.

Kerim's contract with Fulham runs until 2015, the young prospect is currently valued in the region of € 3 million.

at 8:37 AM
Email ThisBlogThis!Share to TwitterShare to FacebookShare to Pinterest
Labels: Transfers