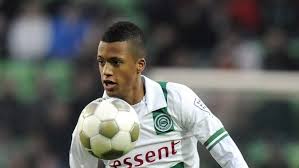 According to the Daily Express, the Merseyside club are joining big clubs from the Eredivisie in scouting the player dubbed the new "Arjen Robben", who also starred for Groningen before going on to bigger things.

The 16 year old, who holds both a Serbian, and Dutch passport, has already broken into the Groningen first team, and scored twice already this season in three games.

Zivkovic is the youngest player ever to Represent Groningen, and impressed for the Serbian U-19's in the recent European Championships

Groningen president Hans Nijland told Serbian paper Blic, "All the big clubs in the Netherlands are interested in him but Liverpool scouts are particularly active. They are constantly watching us. "

At 6ft 1, Zivkovic is capable of playing on the wing or through the middle, and combines great pace, with a composed finish of someone much more experienced.


FC Groningen will be hoping to keep hold of Their prized asset, with the player under contract until 2016, but a move to a bigger club may be too much for the youngster to resist.

at 2:24 AM
Email ThisBlogThis!Share to TwitterShare to FacebookShare to Pinterest
Labels: Rumors, Transfers