Atletico Mineiro knocked out by Botafogo

Atletico Mineiro knocked out by Botafogo 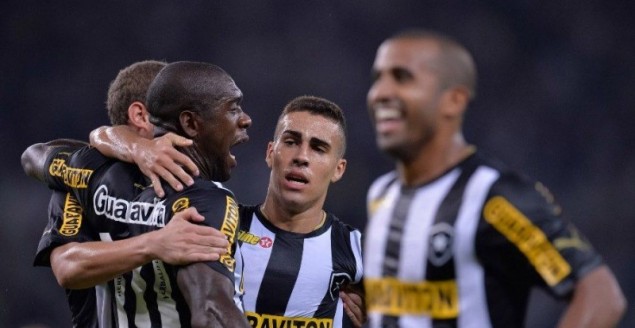 
In the second leg of the last 16 of the competition, Atletico had to recover from a 4-2 loss in the first leg. However, they could not do better than a 2-2 draw against Botafogo.

Marcos Rocha opened the score for Atletico on the 38th minute and they reached halftime in front of the score. But on the 51st minute Rafael Marques equalised for Botafogo. Fernandinho made ​​it 2-1 only six minutes later but center-back Doria tied the match again for the away team.

In the other match of the night, Fluminense was also eliminated but by Goiás. The Rio de Janeiro club won in the first leg by 1-0 but it was not enough since Goiás managed to qualify for the last 16 with a 2-0 win at home. Renan Oliveira (45 ') and William Matheus (55') were the goalscorers.
at 2:53 AM
Email ThisBlogThis!Share to TwitterShare to FacebookShare to Pinterest
Labels: South America